Paul Andrew, the technical product manager for Office 365 Identity Management, has blogged about the different identity models you can choose with Office 365. Learn how to move between them and choose the right one for your needs.

A WSJ article on the current situation. Things are not as easy as they seem to be: Online Learning Courses Look for a Business Model.

A very long but amazing reading. From Wesley Yin-Poole at Eurogamer: Why Xbox failed in Japan. 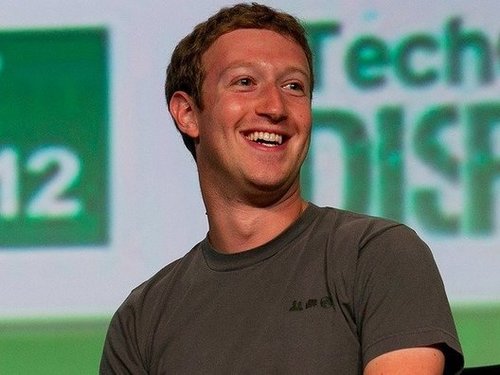 Is copying Wikipedia articles and assembling a textbook legal? If you sell it, there are issues. But what happens, if you just give it away? Boundless has created a system (with real people behind it) that creates textbooks for specific subjects with content collected from Wikipedia and other free online sources. It then provides you with an almost perfect textbook with the best price in the world: $0.00!

Educational publishers like Pearson and Cengage have already started the fight but venture capitalists are funding Boundless because they see a disruptive trend. A huge discruption actually when you consider that some of these books cost a couple of hundred dollars. A $6 billion industry in the United States alone…

Publishers today operate using what Mark Perry, a professor at the University of Michigan, calls a “cartel-style” model: students are required to buy specific texts at high prices. Perry has calculated that prices for textbooks have been rising at three times the rate of inflation since the 1980s.

I was reading an older article at the online edition of MIT Technology Review about mobility and productivity. An experiment at Boston Consulting Group with Deborah Lovich, a consultant and head of staff, and professor Leslie Perlow from Harvard Business School turned out to have very interesting results.

In one survey of 1,600 managers from multiple companies, Perlow found that about half checked e-mail continuously while on vacation or just before bedtime. Some didn’t stop there: 26 percent admitted to Perlow that they brought their mobile device into bed with them.

Perlow even wrote a book on this issue: Sleeping with Your Smartphone: How to Break the 24/7 Habit and Change the Way You Work.

I liked this part:

Some companies, particularly in Europe, are starting to enforce time away from e-mail during nonwork hours. Volkswagen has programmed its e-mail servers to stop sending messages to many of its German employees after their shifts end. Atos Origin, a French IT company, has plans to end internal company e-mail entirely, claiming it is a waste of time—only 15 of the 100 e-mails its average employee received each day were deemed useful.

How can we do this? Especially when you work for a company that handles customers from different timezones and different cultures. Weekend is not Saturday and Sunday for everybody out there…

Read everything here: How Is Mobile Computing Good For Productivity?

To say that Windows 8 has been met with mixed reactions is one of the greatest understatements you will likely read all day. There are those who love it, and those who would rather it simply not exist at all. Valve CEO Gabe Newell has been highly vocal on the topic, going so far as to call Windows 8 a “catastrophe” that has spawned a massive push for Steam on Linux. Apparently these opinions haven’t slowed the adoption rate of Windows 8 among Newell’s own customers, as Steam reveals that Windows 8 users now outnumber OS X users by a significant margin.

Steam’s monthly hardware and software survey does a great job of demonstrating what hardware the average user is packing. There’s not a lot of surprise here when you look at the specs. You’ve got 64-bit Windows 7 soaking up most of the glory, which is to be expected. If you take a…

A few facts from the latest Microsoft’s shareholder meeting. Things are probably different than presented by part of the media industry (and the stock brokers who control the information)…

Newpapers and magazines are dropping their printed edition while everybody is jumping on the digital train. But, it seems that things are much harder than expected…

In addition, HP reported that it plans to announce that it will discontinue operations for webOS devices, specifically the TouchPad and webOS phones. HP will continue to explore options to optimize the value of webOS software going forward.